To the roots of Basque pelota

At the heart of the three languages ​​French, Basque and Castilian. Trilingual edition.

Since March 2011, find the book laxoa (trilingual edition Euskara, French and Castilian) in all good bookshops and online at a price of 25 € with a 5% discount sometimes offered.


Since ancient times, Greek and Roman antiquity, the ball games brought young people from villages to confront and to challenge while having fun. Sports and games at a time, these games have spread across Europe. But the Basque country, they hold a special place in tradition and in the hearts of people.
Laxoa is the ancestor of all forms of Basque pelota. Heir of royal tennis popular throughout Europe in the sixteenth century, the ball becomes "Basque" with Laxoa which is its first terms. It is played by teams playing face to face (as in tennis, his "cousin"). First practiced by the shepherds in the mountains as a game called bota luze, players have the idea of ​​protecting the palm of their hand by a shell leather. They set their own rules and give rise to this new game and they transmit in the valleys and plains. The Basques who adopt this game, until the late nineteenth century and no other competitors, has an incredible popular appeal, giving rise to legends. But from 1870-1880, other forms of gambling that threaten Laxoa, gradually fell into oblivion in favor of the game chistera, bare hand, to pala etc ... Today only a few diehards from 50 to 60 players continue to participate in an annual championship that takes place in the small valley of Baztan (Navarra) continuing the tradition of their ancestors. Practiced in villages wonderful, these enthusiasts maintain that tradition, for love of the game but also for love of their culture, their heritage and their country. This game dating back to the dawn of time connects us to our past and our traditions. It certainly is not now the most popular games of ball but resonate in these games not only the echo of the pelotas that are constantly refers, the sound of skin smacking against the stone but also echo our past and these ancestral challenges.

At the turning of a pediment, the magic of discovery will spark a passion. Before an unusual part of pelota, Severine Dabadie captures its first images of Laxoa without knowing neither the name nor the origin of this practice. The roots of all forms of Basque pelota, the Laxoa into a world full enjoying a renaissance. The writings of Christiane Etchezaharreta accompany his photographs soon ...

Two men and a championship helped keep alive the ancient practice of the ball:

The magic of Laxoa expresses all components of the Basque culture: solidarity, strength, courage,

The joy of life, respect and faith. This is highlighted by Mikel Epalza in a magnificent text that says the extraordinary  link between Laxoa and Angelus and, more broadly, its importance in maintaining the Basque culture immensely rich. Laxoa: the roots of Basque pelota invites all lovers of the Basque Country to an unexpected journey to the heart of three languages ​​- French, Basque and Castilian - spoken in the provinces of the country. 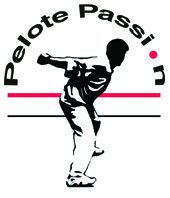